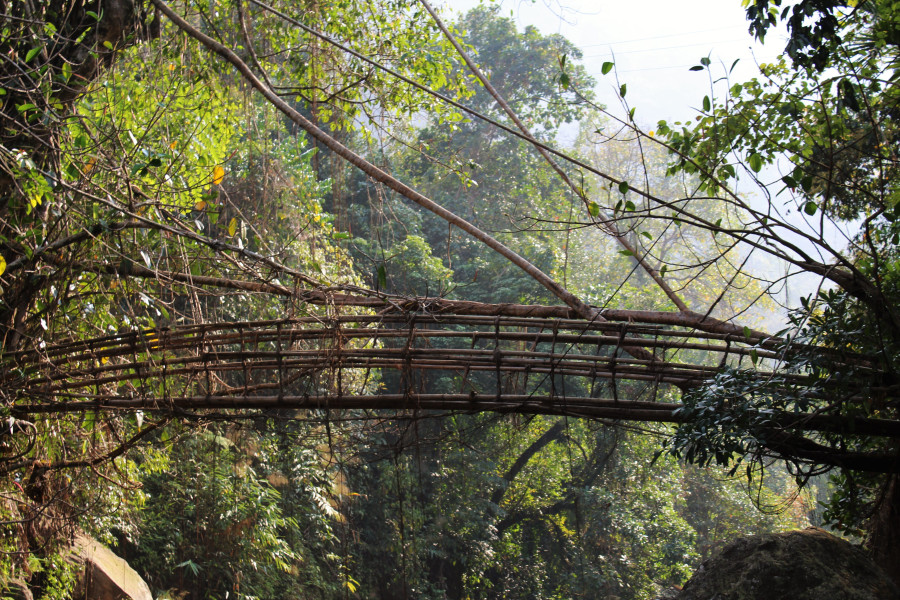 The following is a listing of sites where botanical architecture once existed, but has now been destroyed. There are two broad categories of fallen living root bridges: those which have fallen relatively recently and of which there are still significant physical remnants, and those which have been entirely removed, though enough people remember them for there to be a general idea of where they once existed. 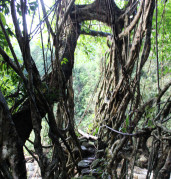 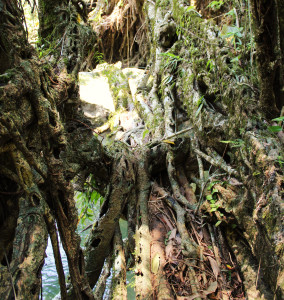 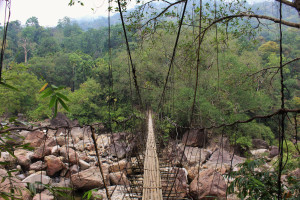 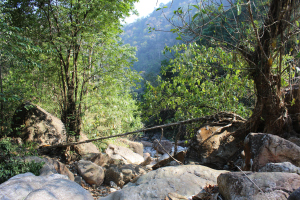 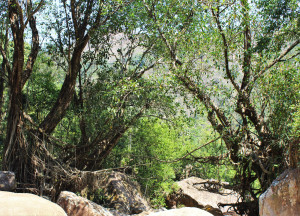 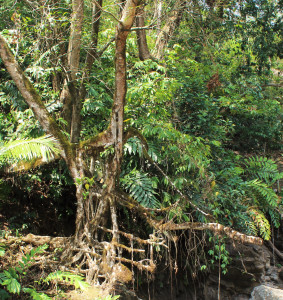 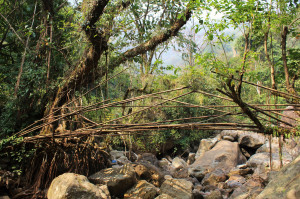 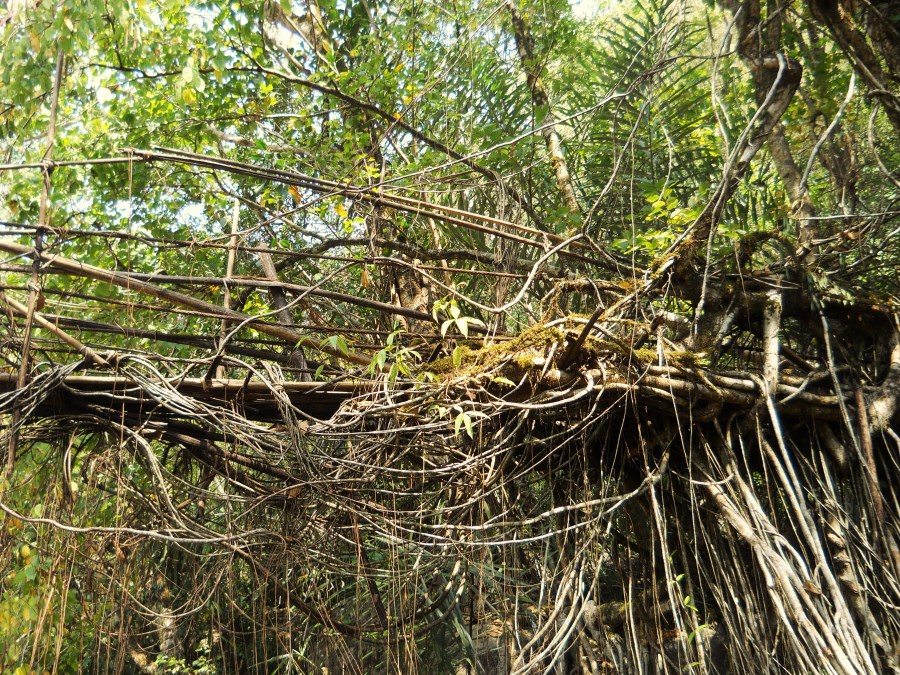 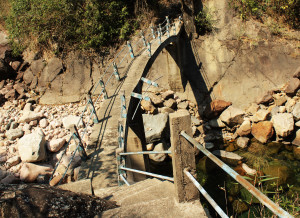 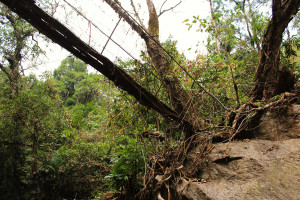 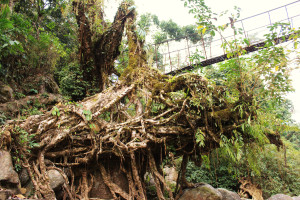